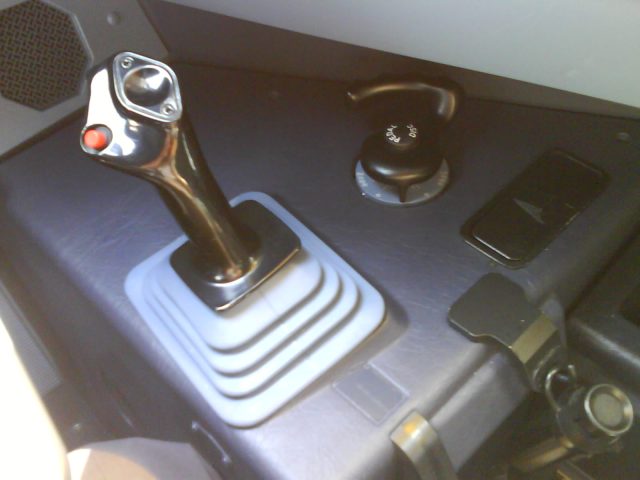 Co-pilot's sidestick from an Airbus A321.

Control feedback is important to pilots. Through the yoke or stick, we can feel what’s happening with the plane; for example, are we pulling or pushing too hard on the stick? Are the controls mushy, indicating that we’re close to a stall? Are they fluttering, possibly because of misbalanced control surfaces or icing? Are they bouncing round in turbulence? This stuff is so important that sophisticated, fly-by-wire airliners, which have no direct connection from the yoke or stick to the control surfaces, actually simulate some of it.

I do most of my flying as the only pilot in my small plane, so I never considered how important control feedback is for feeling what the other pilot is doing. It turns out that lack of that kind of feedback is one of the major links in the accident chain that brought down Air France 447 in 2009, as described in detail in annotated CVR transcript in this Popular Mechanics article.

Throughout the incident, one of the pilots was panicking and pulling all the way back on his stick. It wasn’t the thunderstorms that brought the plane down, but a mush from 37,500 ft all the way down to sea level. At any point before the last few thousand feed, the jet would have recovered if the pilot had simply released the stick. The psychology of stress and panic are complicated, and I’m not writing this to condemn the poor pilot who did that; however, the point of requiring two people in the cockpit is that if one is incapacitated (whether by panic or illness), the other can take over.

In this case, however, the other pilot wasn’t aware of the problem, because a crucial piece was missing: Airbus designed the A330 with asynchronous control sticks — that means that the pilot in the left seat had no easy way of knowing that the pilot in the right seat was holding the stick all the way back, because the other stick remained in a neutral position. At one point, when he did push his stick forward, the Airbus simply averaged the two inputs — to me, that makes about as much sense to as averaging two wheels on a ship, when one wheelman turns 15 degrees to the left of an iceberg, and the other turns 15 degrees to the right.

There were many other causes in the accident chain, of course (for example, the pitot tubes initially iced over, so the flight computer didn’t have good airspeed readings, and it shut off the system meant to prevent pilots from stalling the plane), but the glaring one seems to be Airbus removing, by design, a cockpit-resource-management tool that almost every other type of aircraft has: the ability to see and feel the other pilot’s control inputs.

I’d be interested to hear from anyone who knows Airbus’s reasoning behind designing asynchronous control sticks and (in some control regimes) averaging the inputs.