Search and Rescue near Algonquin Park 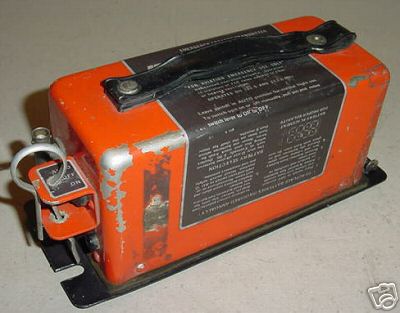 I had an unusual experience this morning flying home from Sault Ste. Marie to Ottawa with my dog, Paisley. Three separate high-altitude jets heard an ELT signal at a point along my route about 20 miles south of North Bay.

The most common types of ELTs will start sending a signal automatically when they experience high G-forces (such as when an aircraft has made a forced landing or crashed), but most often, an ELT signal just means that a boat has bumped against a floatplane, someone forgot to turn off an ELT in the back of a courier truck being shipped back for a battery changed, etc. etc. It used to be that satellites monitored the emergency frequency 121.5 MHz, but they don’t do so any more (they’ve switched to the new 406 MHz frequency), so it’s up to us pilots to listen and report.

There was already a plane or helicopter with the callsign “Rescue 333” doing a lower-level visual and ELT search. It also happened, however, that Toronto Centre was already talking with two small planes at lower altitudes who would both be crossing the location where the signal was received: me from west to east, and a Cessna 172 from south to north. Centre enlisted both of us to widen the radio-search area by tuning in 121.5 MHz on our second radios and listening for any signal as we passed through. Every 3-5 minutes, I turned off the squelch on my radio: that creates horrendous static, but it also lets me hear very faint signals.

None of us, including the search aircraft and other high-altitude airliners, heard anything more. I looked as carefully as I could, but from 9,500 ft in a low-wing aircraft it’s hard to see much detail, and I didn’t want to go lower and interfere with the Rescue aircraft’s search patterns.

About 20 minutes later, over Algonquin Park, however, I did suddenly hear one very brief ELT wave (the part that sounds like a sheet of metal pinging), as if someone had switched an ELT on to test it then turned it off a second later. It was 8 minutes after the hour. All ELT testing is supposed to take place during the first five minutes of each hour, but I suspect that some floatplane pilot somewhere in the park just had a slow watch. Still, I reported what I heard to Centre, and they passed it on to the Rescue plane.

The odds are very high that this was a false alarm — most search and rescue calls are — but it was still sobering to think of a brother or sister pilot down there somewhere under the tree canopy, in desperate need of help. If you’re a pilot with two radios, I strongly suggest that you keep the second tuned to 121.5 MHz whenever you don’t need it to get weather, etc. — some day you might actually make a difference.